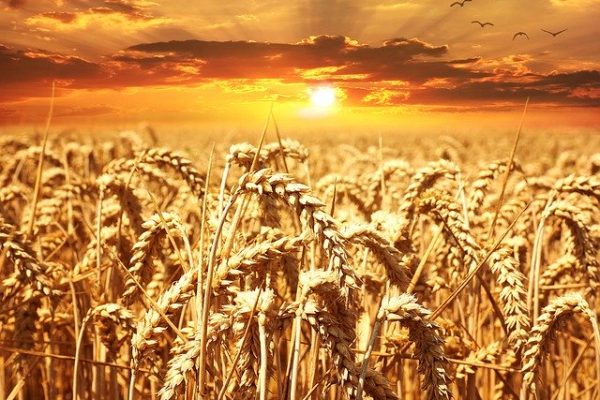 The Impact of Pandemics – The Past – Now – The Future

(This is a bit longer than my other blogs, but please indulge me)

In 1918 the so-called “Spanish Flu” affected my family in the same way the current pandemic is affecting so many families now.

Let me introduce you to my Paternal Grandparents and how the 1918/19 pandemic impacted their lives and business.

Joseph was born into a farming family in South Leicestershire with farming going back many generations on both sides of his family. He was one of seven siblings and all except one sister survived into adulthood.

He was 25 when WWI started and had recently taken over the tenancy of Bloomhills Farm. One of his brothers also had the tenancy of a farm. During both World Wars, farmers were in what was called “reserved occupations” as feeding the population (especially with sea blockades of imported food) was as important as fighting.

In 1914 Joseph became engaged and then married Grace Clarke. They had two children Janet and John (my dad). Sadly, when they were 2y and 8m old Joseph died in the flu pandemic of 1918/19 aged 29y.

(Joseph in his Betrothal Photograph)

It was felt the most likely way that he contracted the flu was when he and a friend travelled by train from Ashby Magna to Leicester a few days prior to him becoming ill. In the same carriage was a solder, clearly very unwell who was travelling back home. Joseph contracted the flu his friend didn’t.

To give some perspective, living in the farmhouse at the time were Joseph, Grace, Janet, Annie (a sister of Grace) and a nurse brought in to help Grace as all then went down with the flu. John was with his grandparents. On the night Joseph died, Annie’s fever reached the same point but then broke and she recovered, Janet was also unwell, and the following morning Grace received news that John was ill and not expected to live. By then she was becoming ill herself. She was too unwell to attend Wilfred’s funeral. In fact, when she finally started to recover, she had no recollection of Joseph’s death.

Although many people in the village contracted the flu, Joseph was the only one to die. This pandemic mostly affected killed men and women between the ages of 20 and 40. The number of infections worldwide was estimated to be 500 million people and deaths between 20 and 30 million.

Grace was now a widow at 26 with 2 young children and a farm in debt. What happened next was remarkable.

My Granny Warren was also born into a South Leicestershire farming family. She was one of the youngest of 16 siblings (no twins) who all survived into adulthood. Sadly, when she was about 18y her father committed suicide and the farm passed to her eldest brother. He moved in with his family and his few younger siblings still living in the farmhouse had to move out and were spread amongst the older married brothers and sisters.

(Grace in her betrothal photograph. I have the necklace she is wearing)

I have already said above that what happened next was remarkable. Remember in 1918 my Granny did not even have the vote.

Due to the war and then the flu epidemic, there was a serious shortage of younger men to work on the land and take over farm tenancies. The landlord of Bloomhills Farm took the unprecedented step of offering the tenancy to Granny and she accepted. He knew her capabilities and background.

A young widow with young children, a lot of debt and about to head into the social tumult of a post-World War and flu pandemic the twenties and thirties and the depression.

However, Grace was made of stern stuff. It cost her and her children’s inheritances, hard work, overcoming considerable prejudice and astute farming and economic management but she made a success of the farm. Later her son John became a partner in the business.

In fact, so much so that when she finally retired at the age of 63 (when my father finally got married) it was a very successful business. She enjoyed her retirement in a modern, all mod cons, draught-free home.

My favourite story about Granny:

During the depression, a well-known dairy in Leicester was not keeping up with paying its farmers supplying milk. If she did not get paid the milk money, she could not pay her workers and they could not feed their families. So, on a Saturday morning, she took the pony and trap to Aylestone and then the tram into town.

She sat in the office where the milk delivery drivers brought in the money they had collected on their rounds. She counted in her head what was going over the counter. When there was enough to pay her invoice, she stood up and asked to be paid. After some huffing and puffing (but with an audience) they did.

I was 17 when my Granny Warren died. Most of what I have written above I found after that. How I wish I had realised what a remarkable life she had led and the person she had been and not been a “typical teenager” who thinks the old have never been young and know nothing.

Boy have I grown up and learnt a lot since then. I now ask a lot more questions and listen carefully to my family and other older people I am privileged to meet in the course of my work.

Joanne Warren
Joanne Warren is the owner and senior adviser at Sunrise Care Advisers. She enables families to balance demanding careers, family life and me time with supporting elderly relatives who may not live nearby and/or may have increasing care needs.

Menu
We use cookies to ensure that we give you the best experience on our website. If you continue to use this site we will assume that you are happy with it.ACCEPTDO NOT ACCEPTPrivacy policy